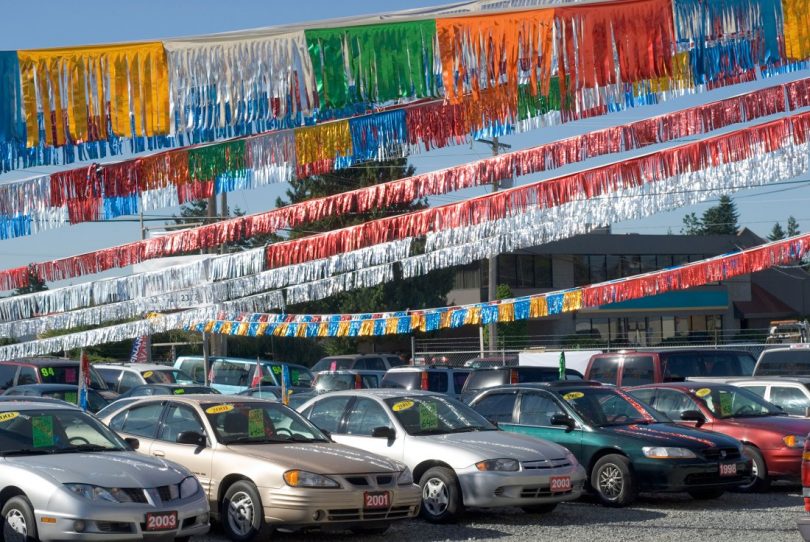 A former Durham Region motor vehicle salesperson, who “victimized and betrayed” his customers, will be going to jail for the second time in less than a year.

Ryen Maxwell, a once-registered salesperson at “Countryside Motors” and “Westbridge Vehicle Sales and Leasing” in Oshawa, has been sentenced to 180 days in jail for 10 breaches of the Motor Vehicle Dealers Act (MVDA) and the Consumer Protection Act (CPA).

Maxwell was charged by OMVIC, Ontario’s vehicle sales regulator, with:

During the week-long trial, the court heard from 22 witnesses, including OMVIC representatives, forensic analysts, and a large number of Maxwell’s former customers.

Evidence presented to the court demonstrated that, among other things, Maxwell sold cars without disclosing accident histories, misled consumers about vehicle conditions, and was untruthful about financing terms.

In one instance, a health worker described how she had specifically asked Maxwell to sell her an all-wheel drive (AWD) vehicle because she had patients living in remote areas. It was only after her vehicle became stuck in a snowbank that she discovered that, contrary to Maxwell’s assurances and the bill of sale he had provided her, the vehicle was front-wheel drive only.

The court heard that when the consumer confronted Maxwell about this misrepresentation, he scratched out “AWD” on the sales contract, telling the consumer there was nothing that could be done.

Customers also told the court how they had been pressured by Maxwell into turning over thousands of dollars as deposits on vehicles they wished to purchase, with the money never actually being credited towards the sales.

Others described being made by Maxwell to sign financing documents which they were not given an opportunity to read, only for those customers to learn much later that they were obligated to pay interest rates far higher than what they had initially been told. For some, the payments rapidly became unaffordable, with at least one of Maxwell’s customers tearfully recalling how his marriage broke up because of the financial stress.

“You deliberately betrayed the trust of the people who relied on you,” said Justice of the Peace Constance McIlwain when handing down her sentence. The Court also sharply criticized Maxwell for his lack of remorse toward the victims, and dismissed his explanations of his behaviour as nothing more than “excuses.”

“Maxwell’s long pattern of deception and deliberate victimization of his customers require significant punishment,” OMVIC’s lawyer and prosecutor Michael Rusek, told the court prior to sentencing. “Not just to deter him from further illegal behaviour, but also to deter others from taking advantage of the car-buying public.”

This is not the first time Maxwell will be going behind bars for his actions as a vehicle salesperson. In December 2017, Maxwell was sent to jail for 30 days after being found guilty of falsifying documents and furnishing false information. He was also convicted in 2005 for his part in a $200,000 insurance fraud, although he avoided a custodial sentence at that time.

“OMVIC has zero tolerance for this type of illegal activity,” stated John Carmichael, OMVIC’s CEO. “Make no mistake; there is absolutely no place in the ranks of professional registered-salespeople for any individual who conducts business this way.”

Maxwell was first registered as a salesperson in 2004. His registration was terminated in 2015 as a result of OMVIC’s investigation and enforcement proceedings.