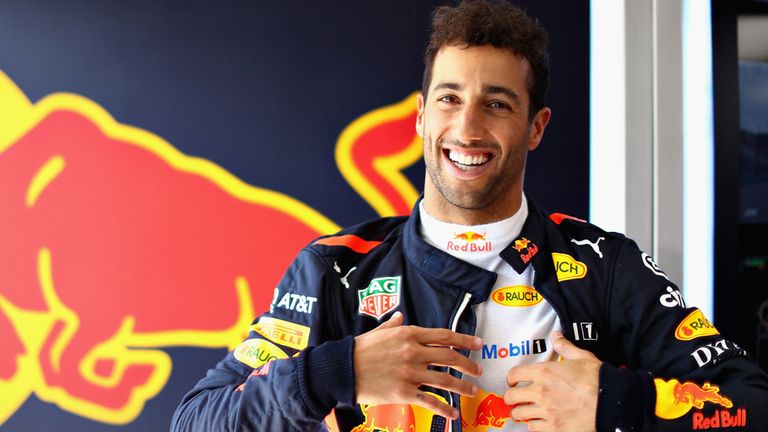 There are more questions than answers following the “shock” announcement Friday that Daniel Ricciardo will leave Red Bull Racing at the end of the season in favour of a seat at Renault F1.

For example, everybody at Red Bull – including Ricciardo – has been furious with engine supplier Renault in recent weeks because the power units have been conking out.  Ricciardo was left on the side of the road in Germany and his young teammate Max Verstappen was a victim of engine failure in Hungary. Red Bull’s Christian Horner suggested Renault didn’t have its heart in their partnership any longer because of Red Bull’s decision to go with Honda from 2019 and Renault’s managing director Cyril Abiteboul replied that Horner’s hunch wasn’t far off.

So, in the midst of all this, Ricciardo suddenly signs a contract with a team he and everybody else at Red Bull were bad-mouthing a week ago? How much sense does that make?

Now, we all know that Ricciardo – despite that magnificent smile – couldn’t have been all that happy playing second fiddle to a kid, which has been his situation at Red Bull pretty much ever since Max Verstappen arrived on the scene. Despite finishing ahead of Max every year they’ve raced together on the team, and leading him in the standings so far this year, and following months-long contract renewal negotiations, and in the wake of a storming drive to finish fourth at Hungary last weekend after starting in the back, it’s possible that Ricciardo woke up last Monday morning and decided he’d had enough, that he clearly wasn’t being valued in the way he felt he should be.

Then again, we also know that Formula One is a den of vipers and thieves. Nothing is too sinister or beyond the pale to at least be considered. So try this scenario on for size.

Red Bull has to use Renault engines for the remaining races of the 2018 season. Renault has indicated (see above) that Red Bull’s decision to dump it and go with Honda has had a negative effect on their relationship. So how does Red Bull get Renault to pick up the pace?

Ricciardo goes to Renault and signs a two-year contract, which is not long by F1 standards for a driver considered a No. 1. Renault doesn’t want to embarrass Ricciardo, who has just signed a contract to race for them, so suddenly the Renault engines going to Red Bull for the rest of this year are vastly better than they have been to date.

Meantime, Red Bull – make that Dr. Helmut Marko – has too many drivers under contract. In fact, Carlos Sainz, who drives for Renault, is really a Red Bull driver who was loaned out. So forget any of the speculation you’re reading about Fernando Alonso moving to Red Bull, or Charles Leclerc. Sainz will drive for Red Bull in 2019 and ’20 alongside Max.  Or maybe Sainz will be assigned to Toro Rosso and one of Pierre Gasly or Brendon Hartley promoted to the big team.

Whichever, Ricciardo’s exit won’t have any great effect on the F1 driver market. It’s essentially a Ricciardo and Sainz driver swap that will ensure Red Bull of receiving quality engines from Renault for the remainder of the 2018 season. Whether Ricciardo returns to Red Bull in 2021, or Max goes to Ferrari or Mercedes, or Alonso leaves McLaren to open up a seat for Latifi, or Lance goes wherever, is immaterial.

What happened today was – and is – about the Renault supply of engines to Red Bull for the rest of this year. Period.

NASCAR is at the Glen and IMSA is at Road America. The Glen is within driving distance of Toronto; Elkhart Lake, Wisc., not so much. Everything will be on TV, though. Having said that, please check the websites of your favourite local speedway, as everybody will be promoting mid-summer special shows this weekend. Nothing beats  live-and-in-person auto racing . . . .

Saturday night at my home-away-from-home speedway for years, Oswego Speedway in northern New York, history will be made when the green flag flies on the supermodified feature. Hometown boy (not a boy anymore, but . . .) Joe Gosek, who made the field at Indy in 1996, will start his 500th feature at that speedway. He’s won his share over the years, too. Chief announcer Roy Sova tells me that “Double O” Joe will start his 460th supermodified feature, to go along with 29 International Supermodifiedd Association and Midwest Supermodified Asssociation starts, six midget starts and five starts in the modifieds. I will have a feature article on “Go Joe” in the Labour Day weekend edition of Toronto Star Wheels.

Talking about feature articles in Wheels, I plan to do one very soon on Roger Peart, president of ASN-FIA Canada.  Roger, who has been an FIA Formula One steward for many years, has retired from that role but will continue as president of ASN-FIA Canada. There was some misunderstanding about the wording of the media release announcing his retirement as a steward that led some to suggest he was retiring completely. Not true, Roger told me on the phone this morning from Trois-Rivieres, Que., where an international rally is taking place this weekend and the annual Grand Prix weekend is scheduled a week from now.