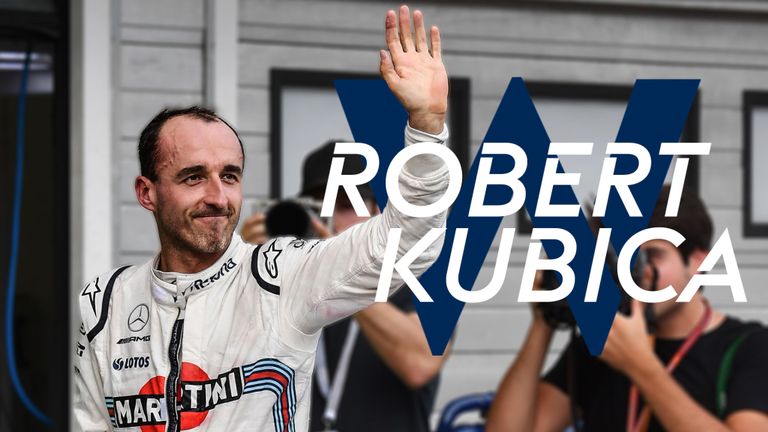 When Carlos Lopes of Portugal won the marathon at the 1984 summer Olympics in Los Angeles, he was 37 years of age and old guys the world over cheered. Now comes news that 33-year-old Robert Kubica has signed the drive in Formula One for Williams in 2019 and those same old guys are going, “Say wha . . . ????

It is one thing to run for 26 miles and if you make it, great, but if you get tired and don’t want to run any more you take the subway (wait! That was a woman. . .) It’s quite another to strap into a guided missile where you are expected to be at the top of your game for a minimum of 90 minutes and frequently as long as two hours, all the while going at an average speed of well over 100 miles an hour.

Kubica went down that road once before. In 2011, he was racing in a rally and drove off the road and into a fence, nearly losing his right arm. He vowed to return to F1 but veteran observers of the series thought it unlikely. He tested for Renault early in his recovery (he was under contract to the French manufacturer when he was injured) but it was their decision that he would never regain sufficient strength in the arm to ever again be competitive.

Williams, for its part, in announcing the signing, acknowledged that Kubica had never regained full use of the arm but that he had adapted by making adjustments. All well and good when you are driving in test sessions, essentially by yourself. But when you are battling to control an F1 car at the start of a Grand Prix. and you are in the middle of a hurricane at the same time, you have to wonder if it will be as easy as it was in practice.

We’ll find out in Australia next March. I wish him the best of luck. I mean, he survived a wicked crash during the Canadian Grand Prix in 2007 and came back a year later to win the GP. Can lightning strike twice?

Maybe. But I don’t think so. Sir Frank and his daughter Claire are thinking with their hearts and not their heads. Not a good way to run a Formula One team.